Welcome To Family Practice of Chiropractic!
Call (617) 472-4220 To Make An Appointment Today

Welcome to Family Practice of Chiropractic ADHD Page. We trust that you will find our ADHD Page useful in making your decision for Chiropractors in Quincy, MA. 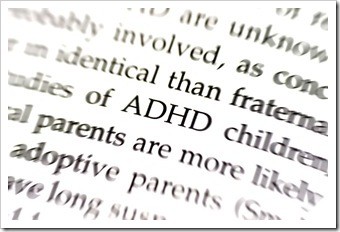 ADHD stands for Attention Deficit Hyperactivity Disorder and is most commonly diagnosed in children in their early years at school.

The most obvious signs of ADHD are:

Between 3 and 5% of children in the United States (around 2 million kids) are thought to have ADHD, and more boys suffer than girls. That equates to at least one child in every class of 25 to 30 children, although many more are labeled as having ADHD who may be badly behaved. For this reason, proper diagnosis is recommended so that children are not needlessly treated and perhaps medicated for a condition they do not have.

Research is ongoing into the causes of ADHD. Current thinking suggests it is down to an overactive nervous system, combined with the brain’s failure to properly filter out unnecessary sights, sounds, thoughts, and emotions. Chiropractors are not in the business of directly treating ADHD, but they can help rectify certain elements that may be stressing the nervous system, such as:

Conventional medicine tends to treat ADHD with a chemical called methylphenidate, commonly known as Ritalin. Although this is a stimulant that acts to speed up the nervous system, its net effect is to calm the sufferer, possibly because it activates the brain’s filtering out process. The problem is that Ritalin does nothing to cure ADHD; it only hides the symptoms. And when Ritalin is taken for an extended period, it can actually damage the brain’s proper functioning.

Therefore, it is important to look at less drastic options if your child has ADHD, and one of these is chiropractic treatment to de-stress the nervous system.

⇐ We Can Help Allergies ⇒